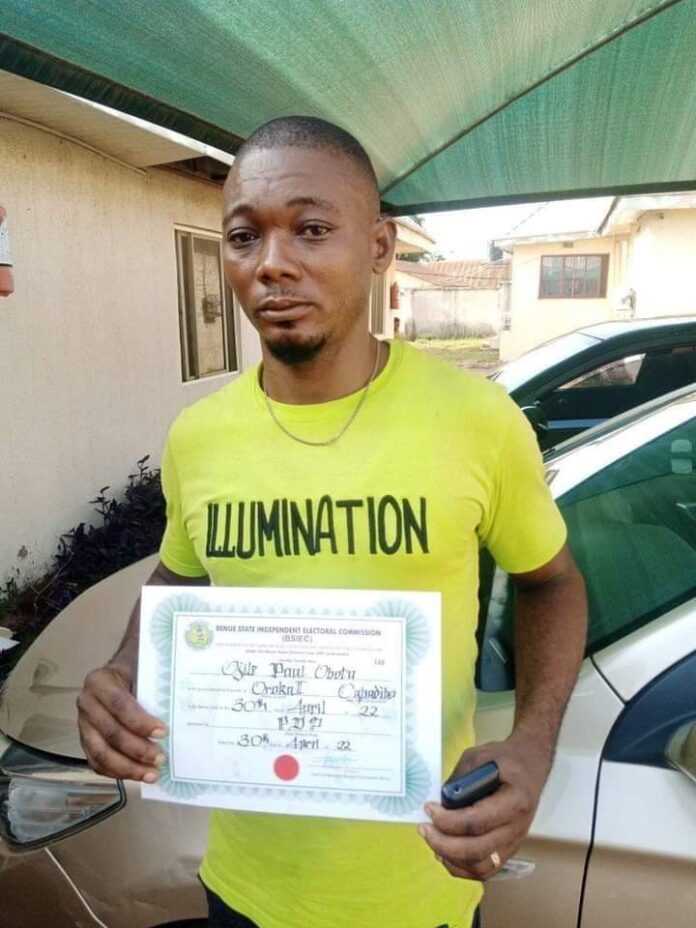 The young Councilor who was just elected in the just concluded Local Government election that took place in May this year and awaiting swearing, was killed by the killer Herdsmen last night when they invaded his village in an unprovoked attack described as a commando style.

It can be recall that, few days ago, marauding herdsmen also attacked Igama/Okpariko in Edumoga District of a neighbouring Local Government of Okpokwu, killing 15 people and burning down the entire community.

It has also been reported that herdsmen have taken over Otukpo-Ugbokolo-Enugu road, robbing, shooting and kidnapping motorists and commuters, creating fear among road users.