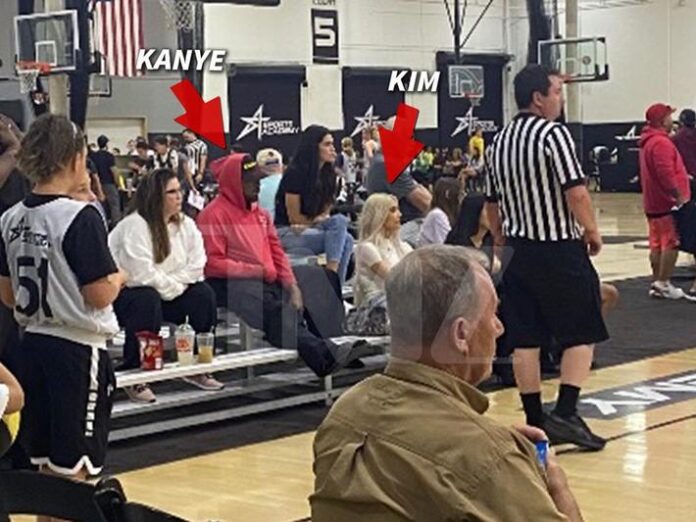 Following 41-year-old Kim’s romantic vacation with her boyfriend Pete Davidson, 28, it is the first time the exes have been pictured together since March.

In photos obtained by TMZ, Kim and 45-year-old Kanye were photographed on Friday watching their eldest daughter North’s basketball game at a gym in Thousand Oaks, California.

The exes kept one-seat distance between them, although an eyewitness told the outlet that they did talk to each other.

They both kept a low profile without cheering as they sat in the stands to watch the game.

The hitmaker wore a bright red hoodie and covered up with a black baseball cap.

Despite their divorce earlier this year, the pair have shown that they can successfully co-parent, and it seems that their kids’ sporting activities bring them together.

In March, Kanye was all smiles as he and his ex-wife watched their son Saint’s soccer game.

At the time, the musician was locked in a nasty feud with Kim’s new beau Pete.

Kanye spent months taking shots at the Saturday Night Live alum, calling him a “d**khead,” threatening to “beat his a**”, and accusing him of attempting to “destroy” his family.

However, the Donda star has recently calmed down while Pete continues to integrate with the kids Kanye shares with Kim. 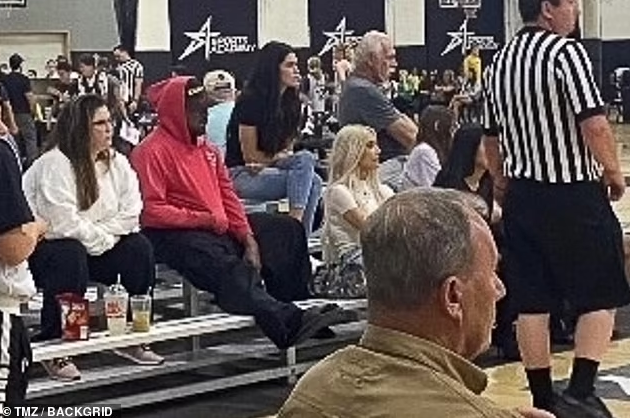 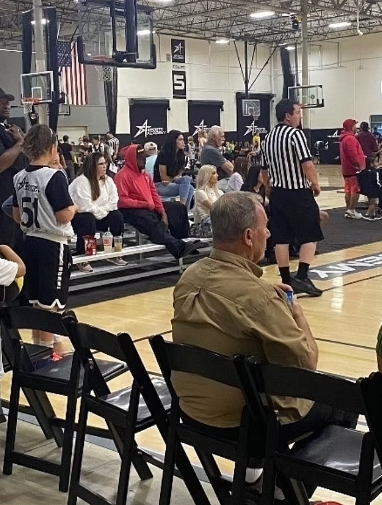 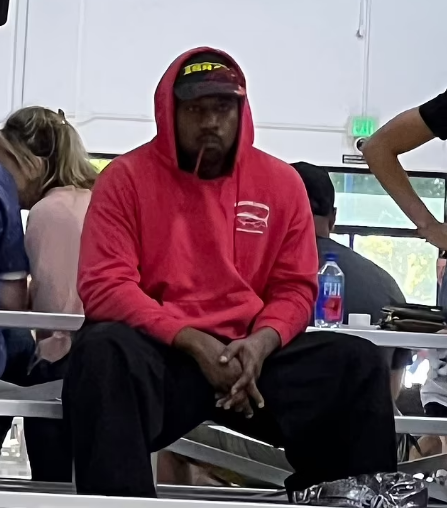 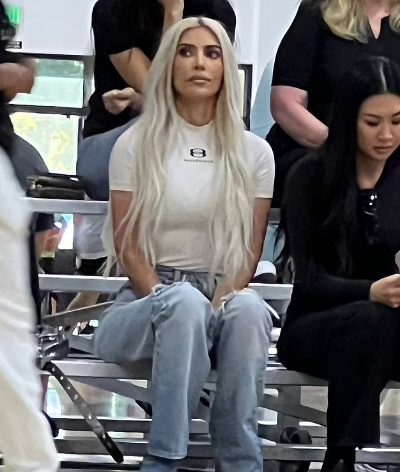 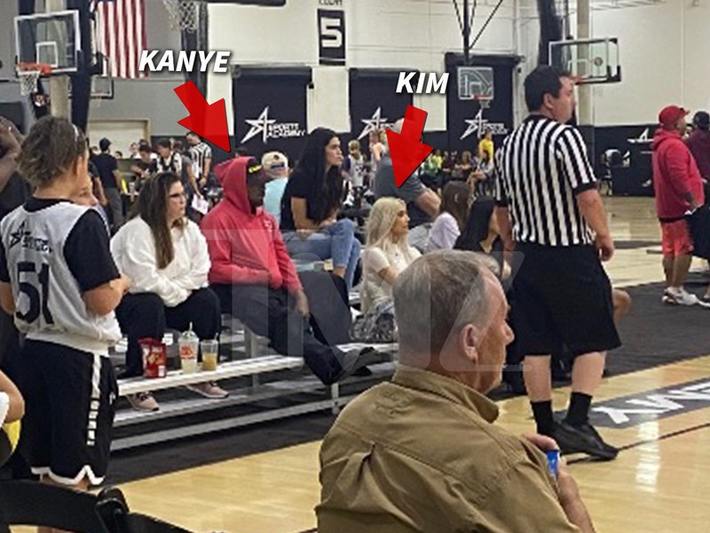