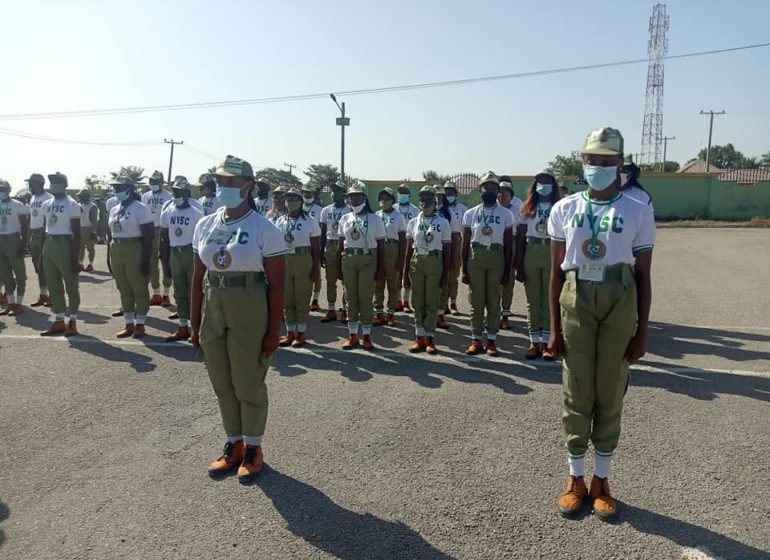 Management of the National Youth Service Corps (NYSC) has announced Thursday July 7, 2022 as passing-out date for the 2021 Batch ‘B’ Stream I Corps Members Nationwide.

A circular endorsed by the NYSC Director, Public Relations Service, A. W. Ikaka said the approval was given by the Scheme’s Director-General, Brig.-Gen. Mohammed Fada.

According to the circular dated June 21 and made available to CAMPUS GIST, the programme will be ceremonial with State Governors and Minister of the Federal Capital Territory (FCT) presiding over the event.

See full schedule of activities below:

(a) Job Awareness and Creation Week, Sensitisation of Corps members on Job Creation/Opportunities after service. This will be done at the Local Government level, using relevant officers/NYSC/NDE officers.
(b) Lectures/Seminars on Job opportunities by the National Directorate of Employment (NDE) at the Zonal Level.

(a) Release of Passing-out Corp Members by Employers
(b) Registration/Clearing of Corps Members by Local Government inspectors. Information on conditions for issuance of Certificates of National Service.

(a) Parade Rehearsal
(b) Final Clearance by Zonal Inspectors

(a) Parade Rehearsal
(b) Final Clearance by Zonal Inspectors
(c) Debriefing/Evaluation of Service year
(d) Administration of Questionnaire (Form 4B) on 30% of the passing-out Corps members.

(a) Final Parade Rehearsal
(b) State farewell party to be organized by the State Government, presided over by the Governor of the state.

(a) Passing-Out Ceremony to be presided over by the Governor of the State.
(b) Distribution of Certificates of National Service to deserving Corps members.

While wishing the Corps members a successful passing-out and winding-up exercise, the NYSC said officers from the Research, Planning and Statistics Department will be on ground to monitor the programme.