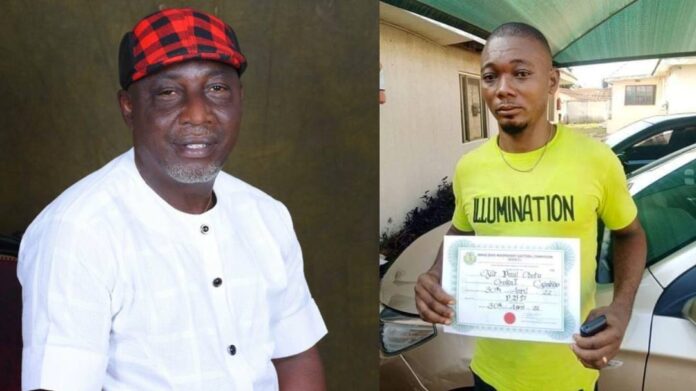 The Senator representing Benue South Senatorial District, Abba Moro, has frowned at the killing of Hon. Paul Ojile, Councillor-elect for Orokam Ward 3 and his brother.

IDOMA VOICE reported earlier that Ojile was murdered by suspected Fulani herdsmen few days to his inauguration as lawmaker.

Reacting, Senator Moro described the incident as highly condemnable.
He said there is no justifiable reason for the dastardly act.

He said, “The death of this young man and his brother in the hands of marauding herdsmen in Orokam, Ogbadibo LGA, is very traumatizing. Promising young men who wanted the best for their community murdered in cold blood for no justifiable reason! This is highly condemnable.

“It’s indeed a trying period for us in Benue South and I call on the Federal Government to do everything it can to halt this genocidal crusade against my people before it degenerates into a full-fledged crisis that we will not be able to contain. This is not acceptable anywhere.

“My heart goes out to the family of Hon. Paul Ojile, Councillor-elect for Orokam Ward 3, and his brother who paid the supreme price. I deeply and sincerely sympathize with them.

“I also stand with the good people of Orokam and entire Ogbadibo at this difficult time. We are together in this fight and will come out victorious by the grace of God. We will never vacate our ancestral homes for strangers. NEVER!”